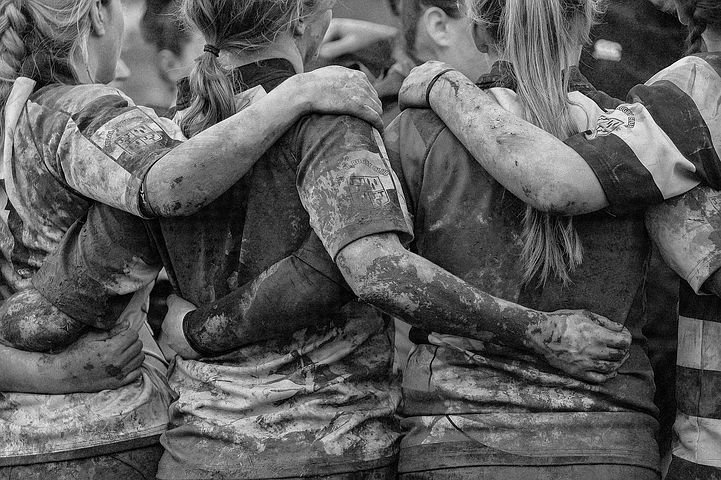 My title feels like a bit of an obvious statement – but spend any time on current debates and it becomes a useful reminder.

Discrimination is a word that has shifted in popular meaning. It relates to making choices and used to be regarded as having a more positive definition than currently. It used to suggest being discerning, recognising and understanding the qualitative difference between one thing and another. Now it is generally accepted as negative and relating to prejudice or stereotyping. Positive or negative, though – when is it unlawful?

Law is often complex, and equality law particularly so. But you wouldn’t get that from the mantras and soundbites we are exposed to in the knotty conflict between trans demands for inclusion and women’s sex based rights to single sex services and sports. Discrimination is a word we hear a lot.

Take rugby. The BBC reported that “World Rugby is considering a proposal to ban transgender athletes from women’s contact rugby due to safety concerns that they say have emerged from recent independent research, claiming there was likely to be “at least a 20-30% greater risk” of injury when a female player is tackled by someone who has gone through male puberty.

Its current rules allow trans women to play as long as they suppress their testosterone levels for at least 12 months, in line with International Olympic Committee policy.

But the governing body has undertaken a “comprehensive review” of that policy, telling BBC Sport in a statement that it was not working.

“The latest peer-reviewed research confirms that a reduction of testosterone does not lead to a proportionate reduction in mass, muscle mass, strength or power,” said the statement.

This is presented by trans lobbying groups as “discriminatory” (by which they mean unlawfully discriminatory) and “transphobic.”

So a useful list of things to note when initially considering if something is unlawful discrimination:

Firstly, if the cause of the harm is related to something which is not a protected class, then it is not unlawful discrimination. So not being offered a job because you have tattoos or are left handed may justifiably feel unfair. A recent example was Conisbee v Crossley Farm where the claimant’s brand of vegetarianism was deemed a lifestyle choice not a protected philosophical belief, meaning the discrimination was lawful.

Secondly if the bad thing didn’t happen because of a particular protected characteristic it is not unlawful discrimination – like being made redundant because the factory is closing; or not being able to dine at the Ritz Hotel because you cannot afford the cost. It might be contrary to another law but this article is only looking at equality law. This is because the act alleged to be discriminatory needs to be (at least substantially) because of that protected characteristic.

These exceptions are extensive and cover myriad areas: decisions of judges in court; service in the armed forces being excluded from the employment provisions on disability; allowing religious groups to appoint only a straight man who is not divorced as a priest; and many, many more.

Further, if there is a conflict of rights, this is to be balanced to ensure the most equitable outcome. However, it means that one party, despite having a protected characteristic and suffering an adverse outcome, is judged by the court not to have suffered unlawful discrimination. Examples include Ms Ladele who lost her job as a Marriage Registrar because she would not marry same sex couples because of her religious belief; or Mr Lee the gay man whose request for a slogan iced onto a cake was declined in the Ashers Bakery case. Both had a protected characteristic and something bad happened to them linked to it, but they lost.

So back to rugby. First thing, how does the law currently permit single sex rugby? You would think that as we generally disallow discrimination on grounds of sex, then people of either sex could insist it was direct sex discrimination not to let a person of the opposite sex play in a single sex team.

However, there is an exception allowing for single sex teams. S195 Equality Act says :

(1)A person does not contravene this Act, so far as relating to sex, only by doing anything in relation to the participation of another as a competitor in a gender-affected activity.

(2)A person does not contravene section 29, 33, 34 or 35, so far as relating to gender reassignment, only by doing anything in relation to the participation of a transsexual person as a competitor in a gender-affected activity if it is necessary to do so to secure in relation to the activity—

(3)A gender-affected activity is a sport, game or other activity of a competitive nature in circumstances in which the physical strength, stamina or physique of average persons of one sex would put them at a disadvantage compared to average persons of the other sex as competitors in events involving the activity.

This tells us that if the evidence shows if the sport is gender affected (as defined in s195(3)) to ensure fair competition or the safety of competitors, then, if the organisers make it single sex, it is not unlawful discrimination.

Further, it is arguable that if the organisers, despite evidence of safety risk or unfairness, choose not to use the exception in s195, it may in turn be unlawful indirect sex discrimination against a natal woman who is significantly disadvantaged, on grounds of safety or fairness, by the policy of letting trans women play rugby.

Obviously, every issue is determined by the specific evidence and until the court make a final judgment one cannot say definitively in any case whether something is or is not unlawful discrimination. Lawyers can advise based on interpretation and precedent. However, what we can say for certain that discrimination is only unlawful if it is unlawful.

6 thoughts on “Discrimination: Only Unlawful if It Is Unlawful”