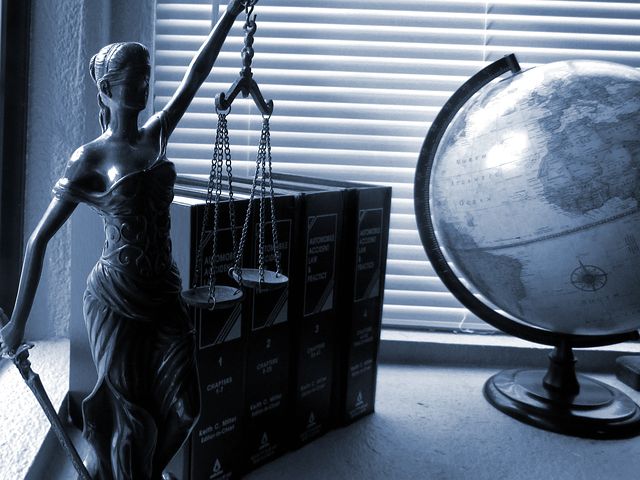 Guest blog:
Georgia Luscombe in our series on extended hours

This morning, Robert Buckland QC MP was interviewed on Radio 4 about possible ways to deal with the backlog of trials waiting to be heard in criminal courts. There are an estimated 500,000 cases in the Magistrates’ Court and over 40,000 in the Crown Court. The first thing to note, however, is that the bulk of this backlog is not due to the coronavirus pandemic grinding trials to a halt. It has long been known that this government and its predecessors were so intent on tightening the purse-strings that they would rather leave functional courtrooms closed and salaried judges at home than properly fund a court estate at full-capacity. So it came as some surprise to hear Buckland say, “the first thing to do is scale up capacity and use time in as expanded a way as possible and let’s see how far we can eat into the case load”.

There is mounting political pressure on the government to manage ‘law and order’ effectively. For years now, criminal law practitioners have been complaining about delays to justice from the use of ‘release under investigation’, leaving suspects in limbo without charge for years to avoid time restrictions on bail. It is then galling to represent a client at their Plea and Trial Preparation Hearing in the Crown Court, years after an offence took place, and hear that their trial cannot be listed for many more months. Make no mistake, however, this was well before coronavirus. We can trot out the refrain that ‘justice delayed is justice denied’ and have been doing so for as long as I have been at the Bar. The police are underfunded and short on time, the CPS do not have enough staff, legal aid rates have been savaged so far that defence solicitors can barely pay their overheads. There is no reticence from criminal barristers to safely resume jury trials; our income wholly depends on it. The issue is that after years of swingeing cuts to the criminal justice system, there is no goodwill left to eke out of us. We know full well that ‘flexible operating hours’ means forcing practitioners to work longer and under even more pressured conditions to dig this government out of a hole of its own making, that we have been warning them about for years.

My first year of practice (from the beginning of my second six) was primarily defending in the Magistrates’ Court, conducting trials on legal aid rates (usually £100 per trial). I practised about 50/50 in London and outside but usually with at least an hour’s travelling each way.  This was my working life:

9am: Get to court, speak to the prosecutor, get last minute disclosure of key material to digest.

9.30am: Conference with my client.
10am – whenever (sometimes 3.30pm because court will just list all trials at 10am and try to get through them, with no concern for lawyers’ wasted time): Waiting for trial to be called on.

10pm: Inevitably get last-minute e-mails, maybe get instructed on another short hearing to squeeze in before the main event tomorrow. Struggle to switch off because of the adrenaline burst this late in the evening.

Then factor in that most pupils and junior barristers are on a Saturday court rota. Mine usually meant making a bail application every other Saturday morning. I know pupils at other Chambers who had to go court every single Saturday. On Sunday you would try to catch up on admin, advices, remembering to renew your professional indemnity insurance, making sure you’re doing some CPD, thinking about topics to do a seminar on so that your practice doesn’t stall. For solicitors, they’ll be on police station duty rota, taking phone calls all night and then starting a day’s work at 9am. What would that schedule look like if a day in the Magistrates’ Court didn’t end until several hours later? Will they change listing practices so that you don’t waste an entire morning at court if your case isn’t heard until 5pm, or will they continue to insist that court time is so precious that yours is wholly insignificant in comparison?

I truly fear extensions to the working day in the Crown Court. My second Crown Court trial was a late return; I remember coming home from court, spreading papers, Archbold and sticky tabs across my dining table and apologising to my flatmates that I’d be there until late and please could they not watch TV in here this evening? It would be a one-off, I said. It was not a one-off… Every night that week would be spent writing out cross-examination questions, leafing through Archbold, trawling through unused material. And so it has been for several other trials since then. I’m grateful for understanding flatmates who enjoy me practising jury speeches on them, provide snacks,  sometimes take my washing out for me when I’ve run out of black tights. I cannot imagine having to feed children, put them to bed or be woken up by a crying baby during the few hours of sleep I actually manage. The prospect of having any kind of work-life balance at the criminal Bar if I do have children one day seems totally elusive. It is a reality of my job that I have simply put to the back of my mind, in a drawer labelled ‘future problem’. There is no space to consider it now.

Last year, I was a junior in a seven-week Crown Court trial. It was incredibly fortunate that a family friend lived walking distance from the court and offered me a room, which significantly cut down on my travel time. My leader was travelling to and from London most days and battling with constant train delays. There were a whole host of legal arguments at the outset of the trial, involving near daily skeleton arguments being sent backwards and forwards. There were disclosure issues to sort out and the kind of editing to schedules that can only really be done once the trial is underway and legal issues resolved with the Judge. We would usually still be at court beyond 5pm. I was receiving e-mails from the defence junior most evenings. On some days, somebody had a childcare issue which could not be avoided and so they could not get to court until 10.30 or would have to leave as close to 4pm as possible. The Judge was understanding but everyone wanted to maximise court sitting time to get through the trial. For single parents who needed to pick children up from nursery or after-school club at a certain time every day, I expect this would be impossible.

When lawyers hear politicians say we need to “use time in as expanded a way as possible”, it strikes fear into us. What does expanding our day actually mean? As I return to court in person post-lockdown, I have begun to say to friends again, “Sorry, I can’t tell you which evening next week we could meet, I don’t know what work will look like”. Ask any criminal barrister how many birthday drinks they’ve missed, how many plans they have cancelled last minute, even pre-paid holidays. We make sacrifices constantly in order not to let clients down when their trials are suddenly listed without warning. We give up evenings and weekends to prepare cases. We accept that this is just how it works, it is unpredictable. It is not ‘flexible’ in any way; that the government are referring to extended operating hours as ‘flexible operating hours’ is nothing short of insulting. I expect the decision has already been made in the higher echelons but we as a profession should not stand for it. I do not want to be another statistic of ‘women who have left the Bar because it is incompatible with having a family’. It is boring and disheartening but, worst of all, it is so preventable.