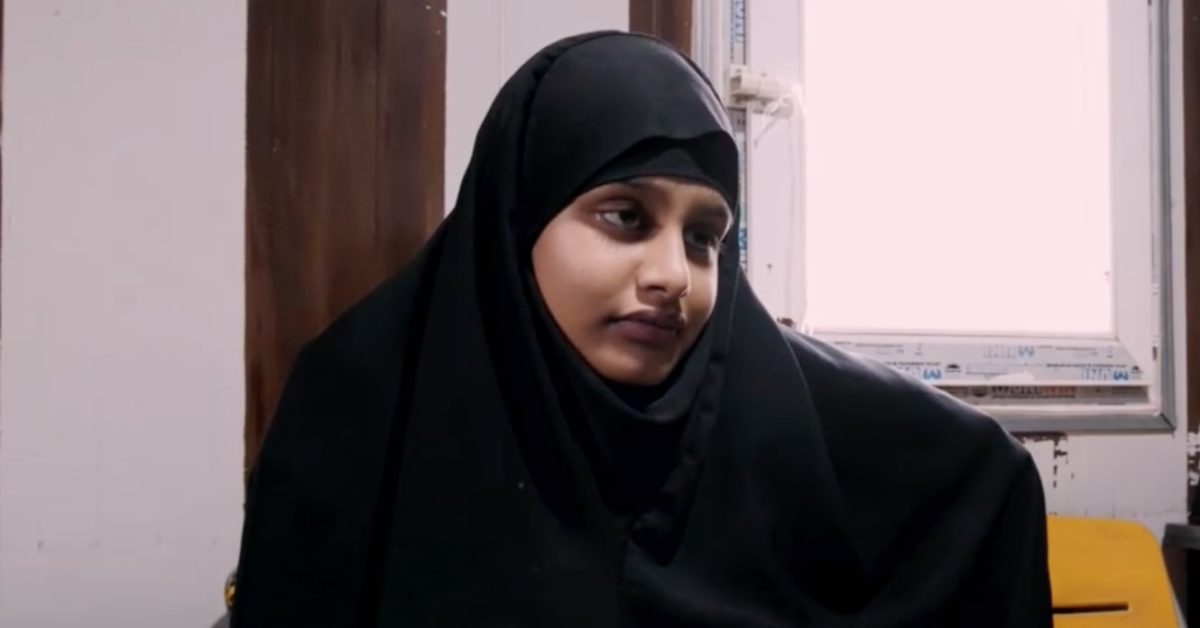 Shamima Begum, the British teenager who left her home at 15 to become an ISIS child bride, has successfully challenged two decisions. She had wanted to return to Britain, her home country.

The government revoked her citizenship, arguing that she would not be made stateless because she would be entitled to apply for Bangladeshi citizenship. She challenged this through an appeal to SIAC. SIAC rejected her appeal, on the basis that

At the same time, she had applied for leave to enter the UK. A British citizen may enter the UK, but as she had lost her citizenship, she needed to apply for permission to enter (commonly referred to as “a visa” although there are distinctions between different types of entry clearance and leave to enter). The Secretary of State (“SSHD”) refused. She applied for judicial review of this decision. Permission was granted but the substantive JR was refused.

She then appealed to the Court of Appeal on both decisions.

The Court has allowed both appeals, although stopped short of allowing the deprivation of citizenship appeal outright. Subject to an appeal to the Supreme Court, this would mean that she would return to the UK in order to have her citizenship appeal reheard. Giving the leading judgment, Flaux LJ (with whom King LJ and Singh LJ agreed) held that

The fact that she left the country of her own free will is premature, and irrelevant to whether she can have a fair hearing.

In my judgment, the circumstances in which Ms Begum left the UK and remained in Syria and whether she did so of her own free will should be irrelevant to the question of the legal and procedural consequences of SIAC’s conclusion that she cannot have a fair and effective appeal. Furthermore, I would be uneasy taking a course which, in effect, involved deciding that Ms Begum had left the UK as a 15 year old schoolgirl of her own free will in circumstances where one of the principal reasons why she cannot have a fair and effective appeal is her inability to give proper instructions or provide evidence. One of the topics that could be explored on her appeal before SIAC is precisely what were the circumstances in which she left the UK in 2015, but that could only properly be determined after a fair and effective appeal. The Secretary of State’s submission risks putting the cart before the horse.

However, that does not mean that her appeal against deprivation of citizenship must just be allowed outright. To do so would mean that any appeal in similar circumstances, however lacking in merit, would also have to be allowed.

In particular, where, as in the present case, the deprivation decision is based on an expert assessment that it is in the interests of national security, simply allowing an appeal would set that assessment at nought, a point which was powerfully made by Sir James Eadie QC. That seems to me to be an extreme position which is wrong in principle and would potentially set a dangerous precedent.

So what were her next options? The court looked at three of them: (i) that she could simply continue with her appeal, fair or otherwise, (ii) that she could apply for a stay of the appeal in the hope that at some point in the future she might be able to take part in it, or (iii) if she did not ask for a stay, she would inevitably fail to comply with a direction, the appeal would be struck out, but she might be able to apply to reinstate it.

Their Lordships appeared underwhelmed by options (i) and (iii).

The first and third of these courses can be swiftly dismissed as failing to answer the issue of unfairness and lack of effectiveness of the appeal. With due respect to SIAC, it is unthinkable that, having concluded that Ms Begum could not take any meaningful part in her appeal so that it could not be fair and effective, she should have to continue with her appeal nonetheless….
It is one thing for an appeal to proceed without the participation of the appellant against an appellant who chooses not to participate. It is quite another to proceed with an appeal without the participation of the appellant because the appellant is unable to participate meaningfully and effectively. Far from remedying the unfairness, this would seem to compound it. As Singh LJ said in the course of argument, it is difficult to conceive of any case where a court or tribunal has said we cannot hold a fair trial, but we are going to go on anyway.

Option (iii) was considered, but rejected on the basis that it would be an indefinite stay, with the potential risk of execution or mistreatment abroad a “foreseeable risk.”

The Court pointed out that she can be held in custody or made subject to a TPIM, as has happened to others who appear to be far more dangerous and have been involved in actual fighting rather than ancillary support through becoming a wife.

It seems to me that… the national security concerns about her could be addressed and managed if she returns to the United Kingdom. If the Security Service and the Director of Public Prosecutions consider that the evidence and public interest tests for a prosecution for terrorist offences are met, she could be arrested and charged upon her arrival in the United Kingdom and remanded in custody pending trial. If that were not feasible, she could be made the subject of a TPIM.

There seems little reason that Begum could not be prosecuted. s.17 Terrorism Act 2006 allows for prosecution in the UK of a person who commits a terrorism offence abroad. Even allowing that extra territorial jurisdiction was introduced for some of the specified offences (“inviting or expressing support”) only in 2019 and therefore may not apply, membership of a proscribed organisation, aiding, abetting, counselling or procuring the commission of an offence, could apply. This is not one of those cases in which a suspect argues that they were simply attending a distant relative’s wedding and naively wandered through a terrorist zone. She has given an interview expressing support for ISIS. The question is perhaps not whether she could be prosecuted, but why on earth she might not be.

It seems extremely likely that this case will now be appealed to the Supreme Court. An issue which will not trouble the Courts, but may vex the casual reader, is this: why is the Government taking such a hardline approach to an ISIS child bride, when they reportedly allowed back 400 actual fighters, surely far more culpable, to face prosecution and / or a comfortable sojourn at a “leading mental health clinic?”